The Olympic Museum in AR

Enhancing the real world using digital information is an augmented reality challenge that The Olympic Museum is offering its visitors.

Augmented reality, a rudimentary form of which was created in the 1960s, started to spread in 2007 and quickly became an informative, educational and promotional tool. With the development of smartphones, tablets and the other elements required for it to function, AR is now universally accessible.

In the world of art, AR is a creative tool that allows people to play with reality and lend a digital artistic touch. The term “media art” is used to describe these artistic productions. For museums, this new technology offers a fun visitor experience through the addition of extra information in augmented reality.

The programme dedicated to Tokyo 2020 and sports manga provided a perfect opportunity to pay tribute to Japan, the home of new technology. The Olympic Museum is therefore providing its visitors with a unique and poetic experience by offering its very first AR app.

After over two years of development and design, the app is now available free of charge in the App Store and Google Play Store until the end of November 2021. 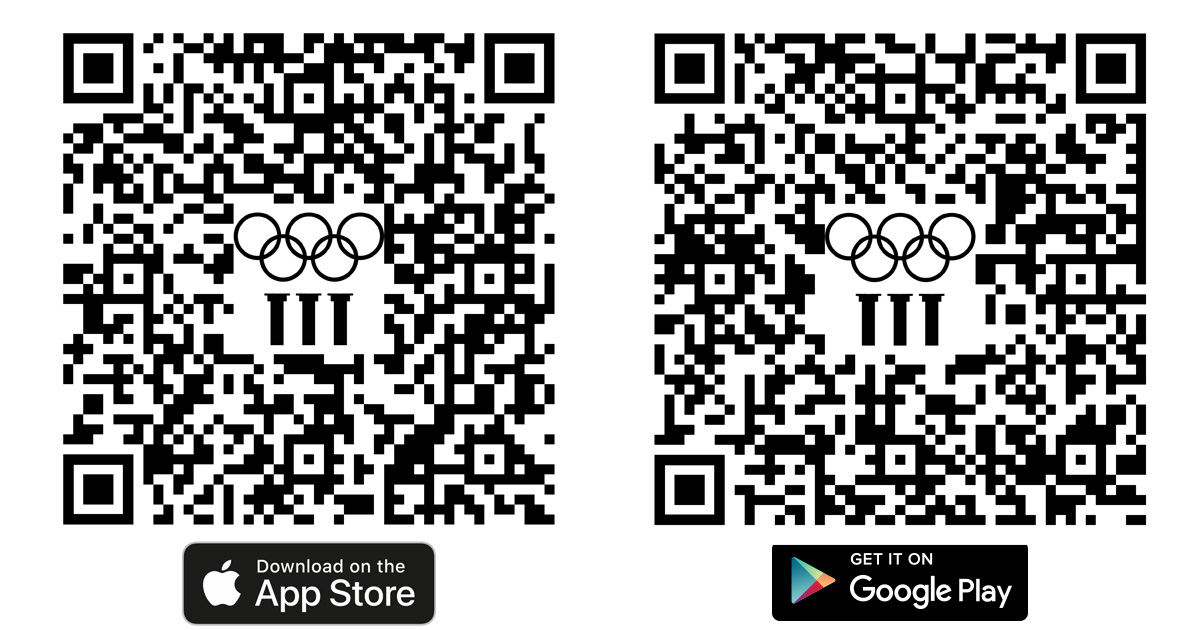 Discover a poetic and Olympic world at The Museum

Visitors at The Olympic Museum in Lausanne can scan the images on the ground in the Olympic Park and inside the Museum in the app’s “Explore” mode to dive into the nine augmented reality experiences with their smartphone. 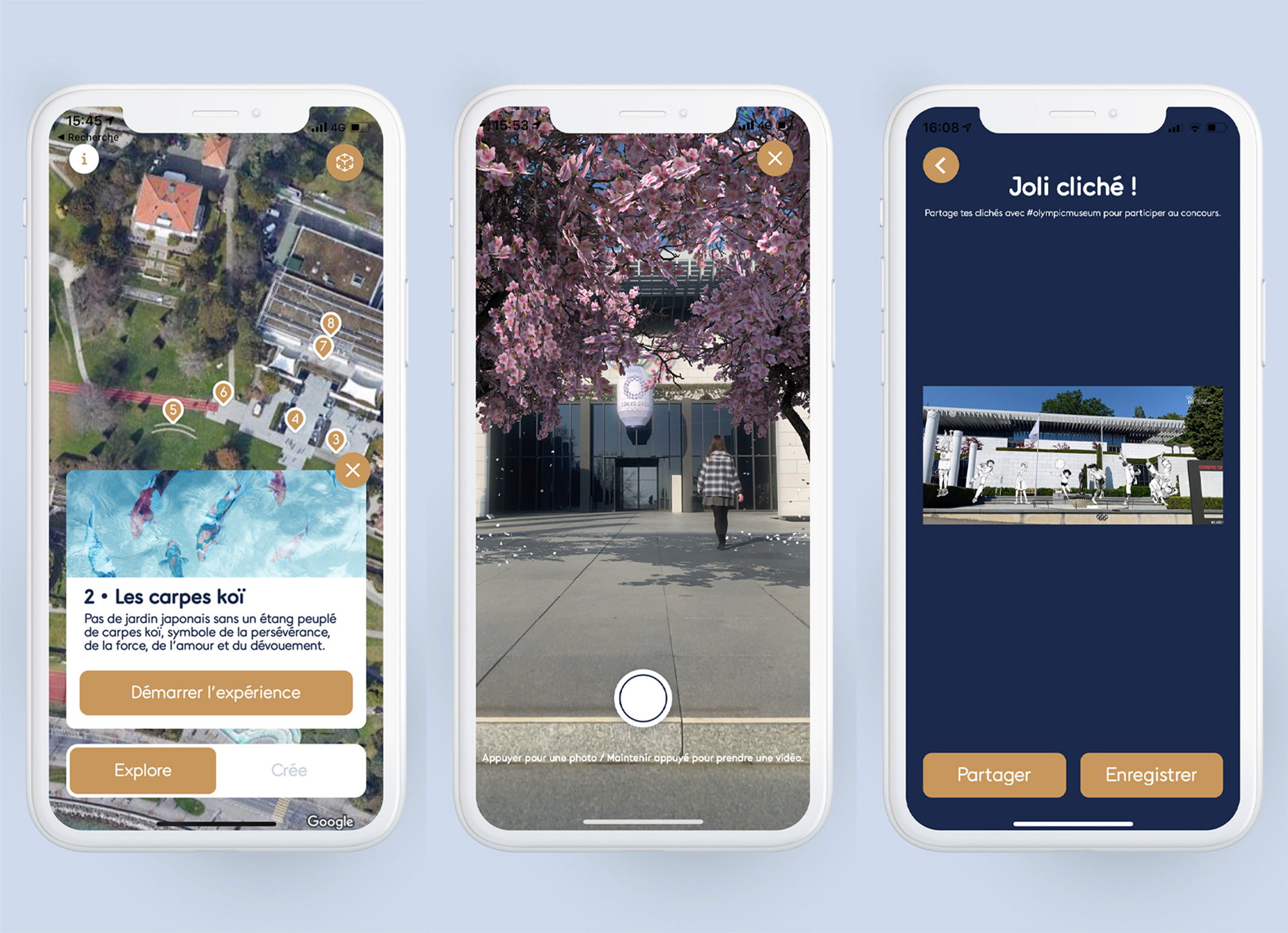 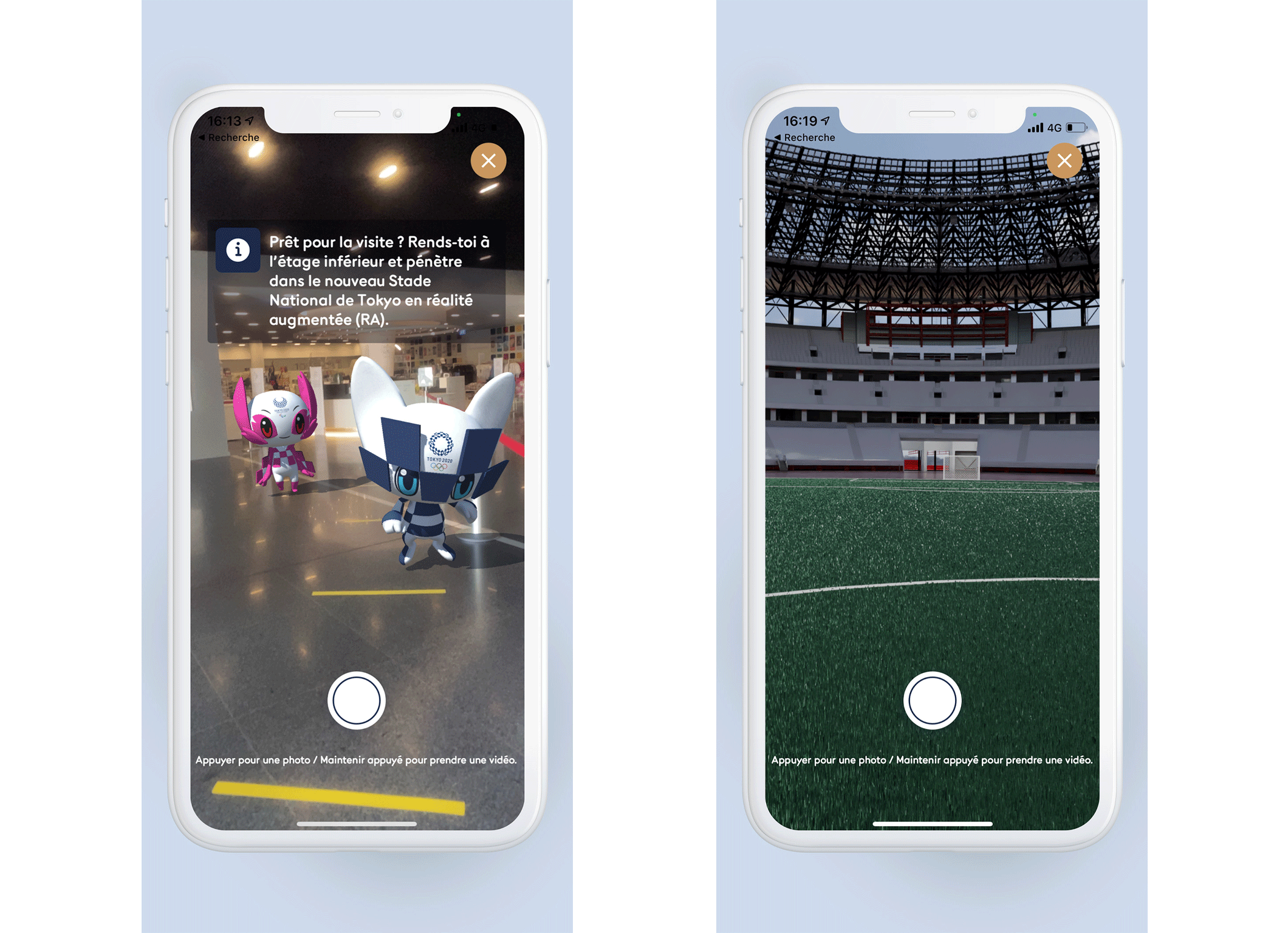 Augmented reality flowering cherry trees, a zen garden with Koi carp and sports manga characters transport you through your smartphone to a world of Japanese culture. Being welcomed by the Tokyo 2020 mascots will delight fans of Japanese comic books. Visitors can watch the lighting of the Olympic cauldron at the three editions of the Games held in Japan, and even take a 360° tour of the new Tokyo National Stadium!

In addition to on-site experiences that encourage visitor participation and involvement, the AR app fosters a digital encounter with the culture of the host nation by providing a fun and creative component. Elements of Japanese culture and the Tokyo 2020 Games can be superimposed onto the real environment in the form of an augmented collage.

Wherever you are, “Create” mode in the app gives you the possibility to augment your environment by drawing from a library of iconic images and creating an augmented, original and creative collage. 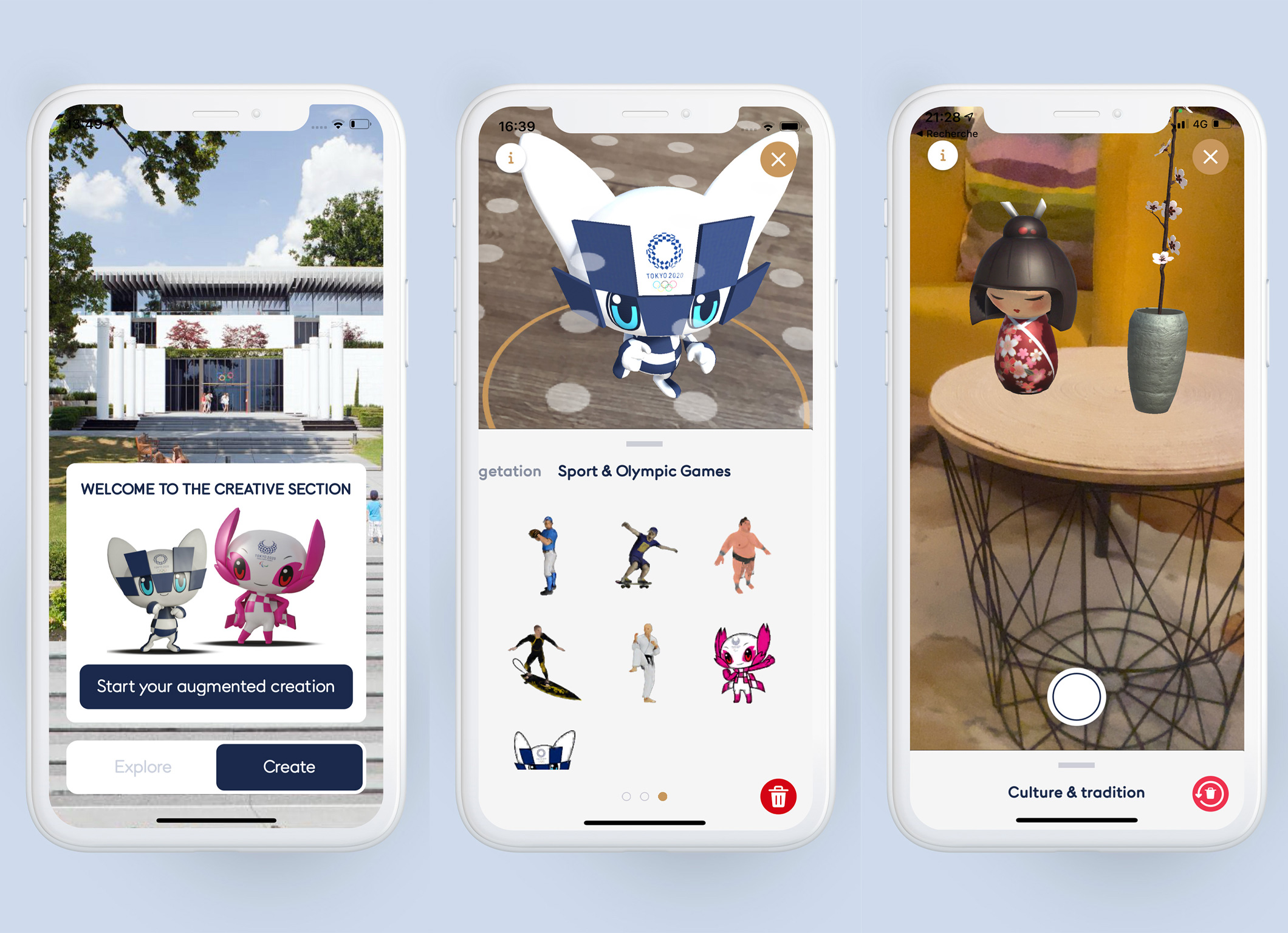 A monthly competition on social media

For each of these experiences, the AR app gives you the chance to take part in a monthly competition on social media. Every month from April to November 2021 on Instagram and Facebook, the best three images or videos posted using the hashtag #olympicmuseum will win a prize.

Take a photo, be creative and original, and you could win a prize, that you can collect at The Olympic Museum shop!

App use and competition conditions

At The Museum, this creative element has also been developed in the form of Lausanne-Tokyo AR workshops for pupils aged 11 to 15. They can immerse themselves in Japanese history and culture and are invited to produce an “augmented collage” on electronic tablets. The Lausanne-Tokyo AR workshop allows children to explore augmented reality technology and discuss cultural diversity. By playing with shapes and decor and through their interactions, the pupils create poetic, comic and surprising effects. The workshop provides an opportunity to open up to the world and to technology, all the while stimulating the children’s natural curiosity.

This application (“The Olympic Museum in AR”) is jointly managed by the Olympic Foundation for Culture and Heritage (OFCH) and the International Olympic Committee (IOC), with the support of their subcontractors.

If you have any questions about the “The Olympic Museum in AR” app, please contact the OFCH: