Manga, from national to global phenomenon

In a Japan that was rebuilding, manga grew to become a key cultural feature in just a few decades, accompanying major social changes and communicating concepts of self-denial and achieving excellence.

After a first episode which looked at the origins of sports manga, Théo, who is the events manager at The Olympic Museum, continues his discussion with Stéphane Beaujean, the Curator of the Sport X Manga exhibition. In this second episode, we find out how sports manga went from being a national phenomenon to a global one, used even in the communications for the Olympic Games Tokyo 2020. 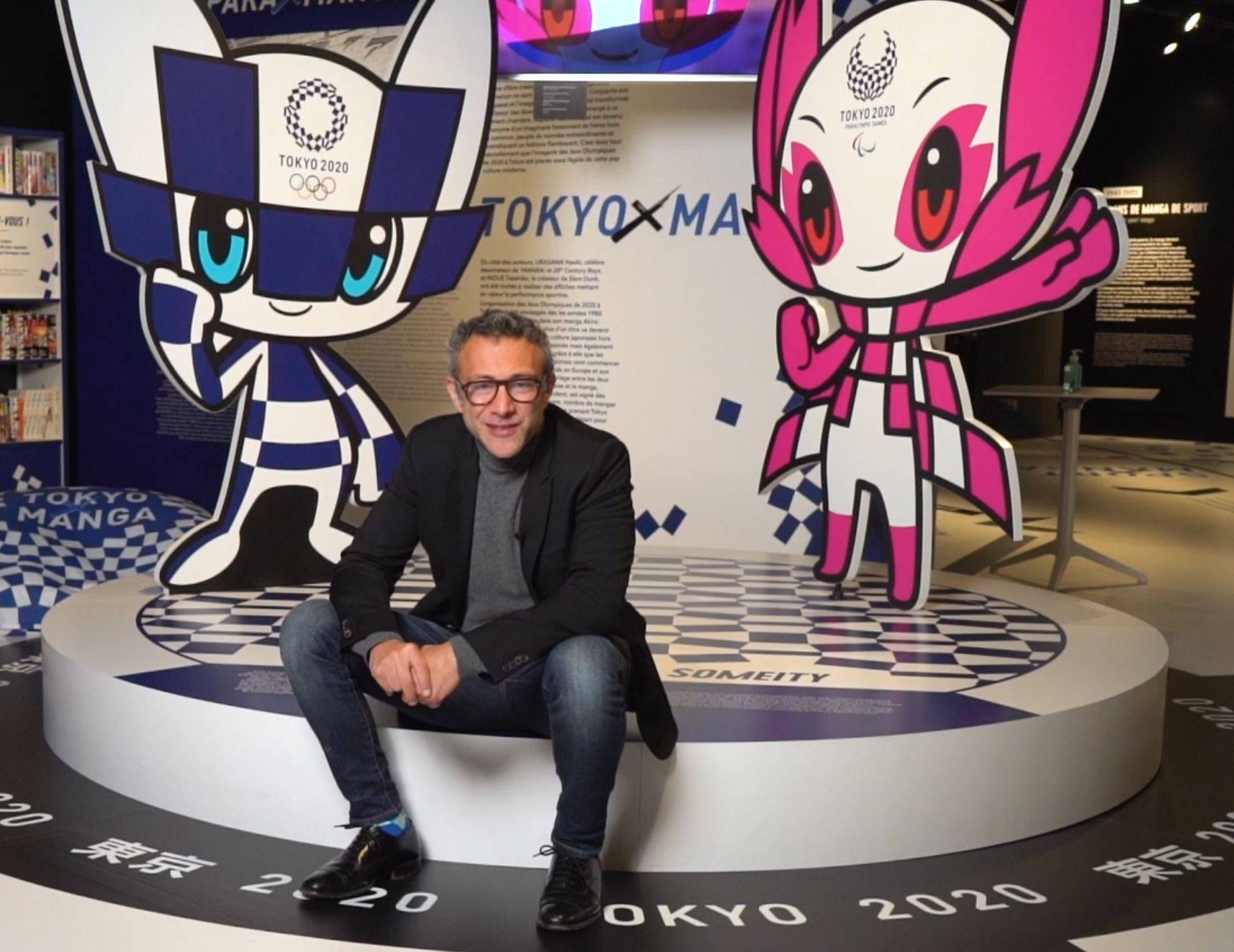 Curator of the Sport X Manga exhibition at The Olympic Museum from 18 March to 21 November 2021. But that’s not all….
After obtaining a Master’s degree in comparative literature, Stéphane Beaujean was a part-time lecturer of methodology and French as a foreign language for the international relations office of Paris XIII University from 2002 to 2008. As well as managing the Aaapoum Bapoum second-hand bookshop in Paris, Beaujean was a journalist and cartoon critic for “Les Inrockuptibles”, the “Trois Couleurs” cinema magazine and “Chronicart”. He then became editor-in-chief of the bi-monthly “KaBoom” produced by Benoit Maurer. He was also co-Artistic Director of the International Comics Festival in Angoulême, France, from 2016 to 2020, and in May 2020 became Editorial Director for publishers Editions Dupuis.

Stéphane Beaujean explains how supokon gradually gave way to sports manga that took a very different approach to sports disciplines, some more instructive and others based more on endurance and willpower.

It was really with the Slam Dunk manga by Takehiko Inoue, at the beginning of the 1990s, that the supokon genre disappeared. Slam Dunk tells the story of a young delinquent and gang leader who is introduced to basketball. It shows a new approach to sport linked to pleasure and the desire to excel, not for yourself but for others, and went on to become the biggest-selling sports manga in history.

Beaujean explains how, unlike the story of Captain Tsubasa, in Slam Dunk the mangaka sticks to uncompromising realism, and gives his writing a truly educational dimension. The story breaks down the action so the readers can follow and understand where the players are on the court and all the technical details. The last Slam Dunk album takes 200 pages to recount what happens in around three minutes of real time! Not to mention a spellbindingly tense finale.

In 1980, with Captain Tsubasa, Yōichi Takahashi decided to create a manga on football, at a time when the sport was still virtually unknown in Japan. To ensure that it would be a success, his publisher advised him to include something exceptional in each chapter. And thus began this manga with a six-year-old boy producing some incredible shots, zooming down hills and producing some totally unbelievable moves. Within 10 weeks of the first issue, every school in Japan was trying to create a football club for the next school year! This manga quickly inspired the whole country and led to football becoming one of the most popular sports nationwide. And Beaujean tells us how Japan’s football culture was created as a result of this manga.

Beaujean takes us through the history of the special moves that first appeared in the 1950s and became the speciality of sports manga.
Initially, it was purely for technical reasons, as the mangaka had to simplify the sporting action: the rivalry was embodied by two leaders who stood out thanks to their extraordinary skills, often combined with ninja-style knowhow.

In the 1960s, in some manga a ball could remain in the air for three minutes thanks to unbelievable technical skills, much to the delight of children.

And the 1980s saw a time when magic, as seen in the likes of the Knights of the Zodiac, and sports manga could co-exist quite happily. A typical example of this new style can be seen in Dragon Ball, which became a major title when manga expanded into Europe, at the end of the 1980s.

Children everywhere discovered that sport could also be part of the most fantastic imaginary worlds, and that it offered, in an everyday environment, totally surrealistic and exciting possibilities.

This combination of the imaginary world of the manga story and the sporting imagination was unique. Captain Tsubasa, taking a wholly Japanese approach to football, launched the globalisation of manga and is responsible for the popularity it enjoys today.

For Beaujean, manga can be regarded as a sort of diversion for the generation born in the 1970s, as rock and roll had been for the previous generation. Through the Space Pirate Captain Harlock and UFO Robot Grendizer animes, this generation discovered the concept of otherness as embodied by Japanese heroes, in a context of Western defiance at the height of the Cold War.

A dialogue between two cultures

Manga introduced Japan to the West, but above all it enabled Japan to open up to the West.
With Japan suffering an economic recession in the 1990s, the protagonist in Captain Tsubasa went to Europe to take part in major sports events and win gold medals at the Olympic Games. Later on he played for Spanish club FC Barcelona. The message this manga gave the Japanese was that you can realise your dreams in other countries, too. And it became the allegory of a two-way dialogue.

A real dialogue with sport

In the 1980s, manga star Naoki Urasawa foreshadowed the inclusion of women’s judo in the 1992 Olympic Games in Barcelona with Yawara!
The story’s heroine trains with a view to winning a gold medal at the Games. This manga quickly became popular when it was given an anime adaptation and was regarded as a countdown to the Olympic Games. The dialogue with reality had accelerated still further.

Parallel to this, judokate Ryoko Tamura became the darling of the Japanese public, who rallied in support of her. She became the real-life embodiment of a fictional character intended to tell the story of Japan’s reconciliation with judo at the Olympic Games, after the psychological blow of what happened in 1964. She won a silver medal in 1992 in Barcelona, but finally won gold in 2000 in Sydney and in 2004 in Athens. 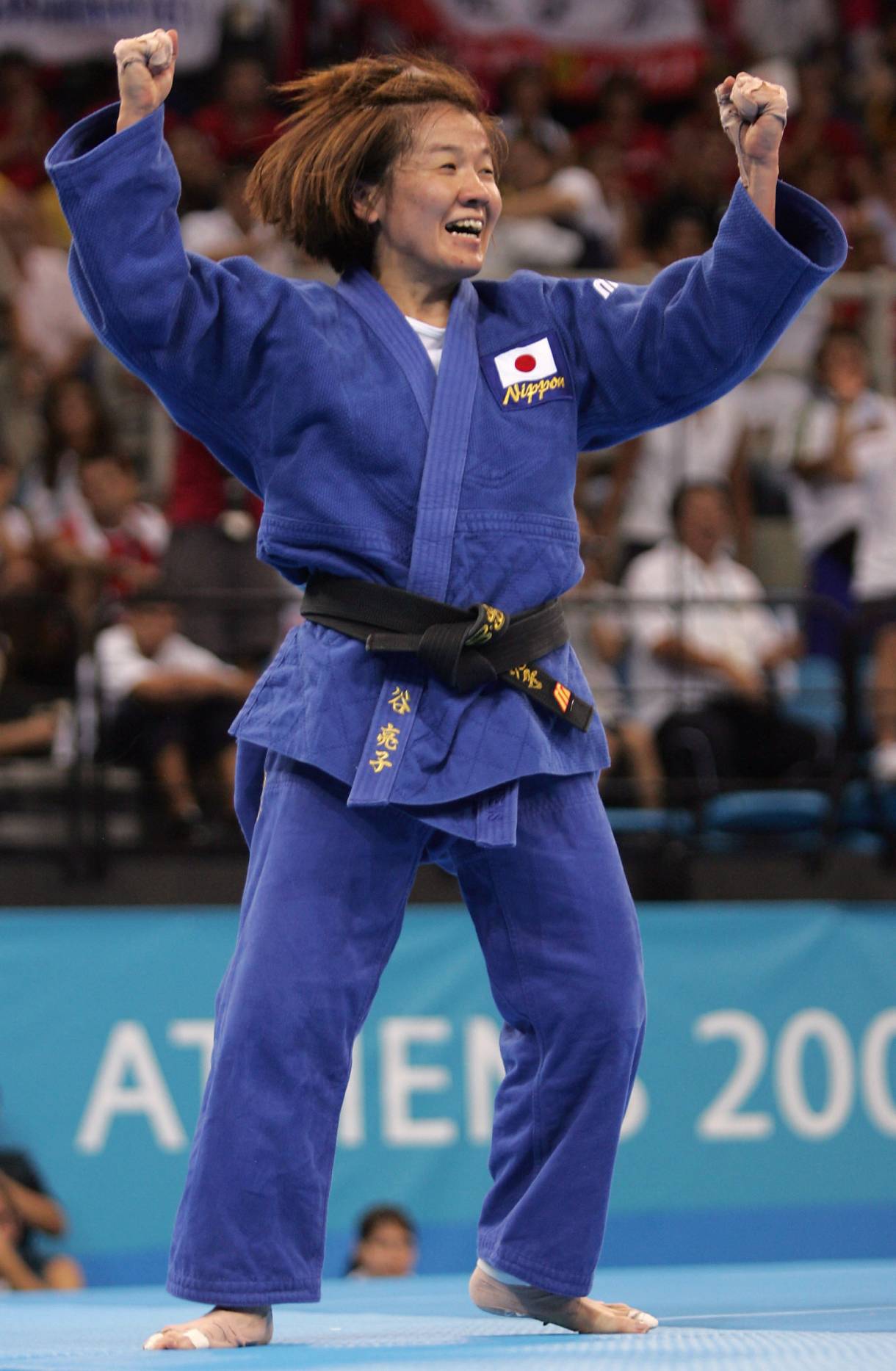 For Beaujean, it is astonishing to see this ability of manga to anticipate progressive ideas, to accompany the people of Japan in their desire to regain their judo identity, and to be embodied in a real person. The heroine, Yawara, became one of the most fascinating demonstrations of the way that manga quite consciously managed to construct a dialogue between reality and sport.

The influence of Tokyo 2020 on sports manga

Today, Japan is mainly known for its pop culture, and compared with the Olympic Games in 1964, the change is instructive. The cultural richness of today’s Japan is founded on its modernity. The Games are a further illustration of how Japan should be proud of its pop culture today, and that they should be the biggest means of promoting it.

As early as 1982, Katsuhiro Ōtomo’s Akira prefigured the upcoming Olympic Games in Tokyo as the advent of a Japanese society on the edge of collapse. But Beaujean thinks that it is still too early to talk about the influence of the Tokyo 2020 Olympic Games on sports manga. For the moment, sports manga is using the event as a project that is still in preparation. The competitions and performances will shape the manga world of tomorrow.
One of the great missions of Tokyo 2020 is also to raise awareness of disabled sport among the general public, and several mangaka have got together to do this. One example is the Blade Girl manga by Narumi Shigematsu, which tells the story of a girl who loses a leg and rebuilds her life through Para sport.

And there we end our fascinating exploration of sports manga, so ably led by Stéphane Beaujean in our first two podcasts to launch the À la Croisée des Jeux series.

The Sport X Manga exhibition can be seen free of charge at The Olympic Museum until 21 November 2021.