With the next Olympic Winter Games set to get underway in Beijing, China, in 2022, we take a look back at the history of winter sports competitions. Initially, winter sport was very much a Nordic affair. The first international events were organised by Scandinavian countries between 1901 and 1926. And, surprising as it may seem, during this period some winter sports and disciplines made an appearance at the Olympic Summer Games: figure skating became an event at London 1908 and was back on the programme at Antwerp 1920, where it was joined by ice hockey.

The idea of organising Winter Games gradually began to take shape. In 1924, the IOC decided to stage the first “International Winter Sports Week” in Chamonix. The event was retroactively designated as the first Olympic Winter Games.

And with that, Chamonix, a commune in the Haute-Savoie department that was already well known to mountain sport enthusiasts, wrote its name into Olympic history. 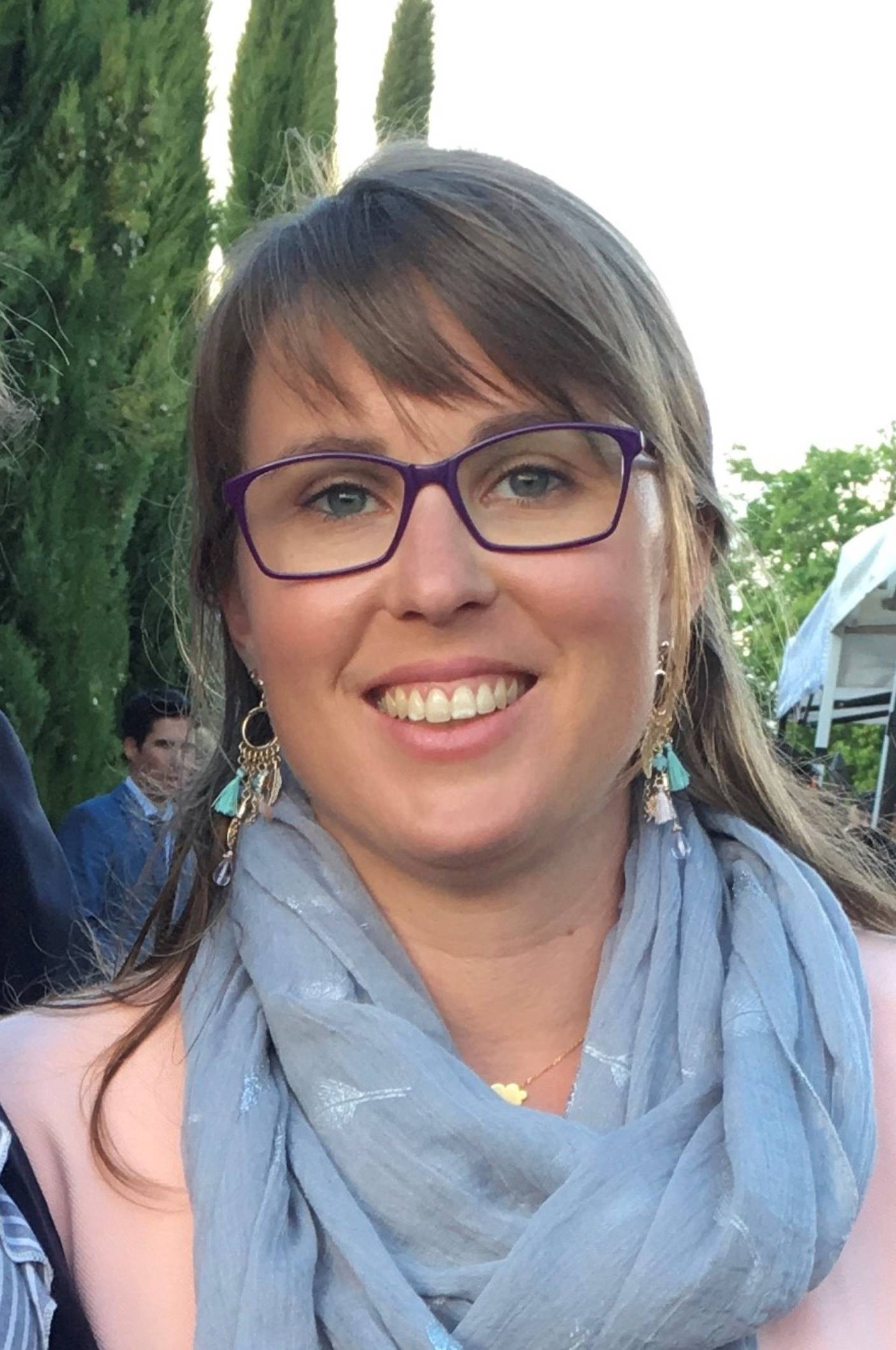 Laure Decomble is the Cultural Project Manager for the Chamonix-Mont-Blanc Valley Museums Network. She talks to us about the Chamonix valley’s history of mountain-based sport and the tangible legacy left by the first Olympic Winter Games, Chamonix 1924. 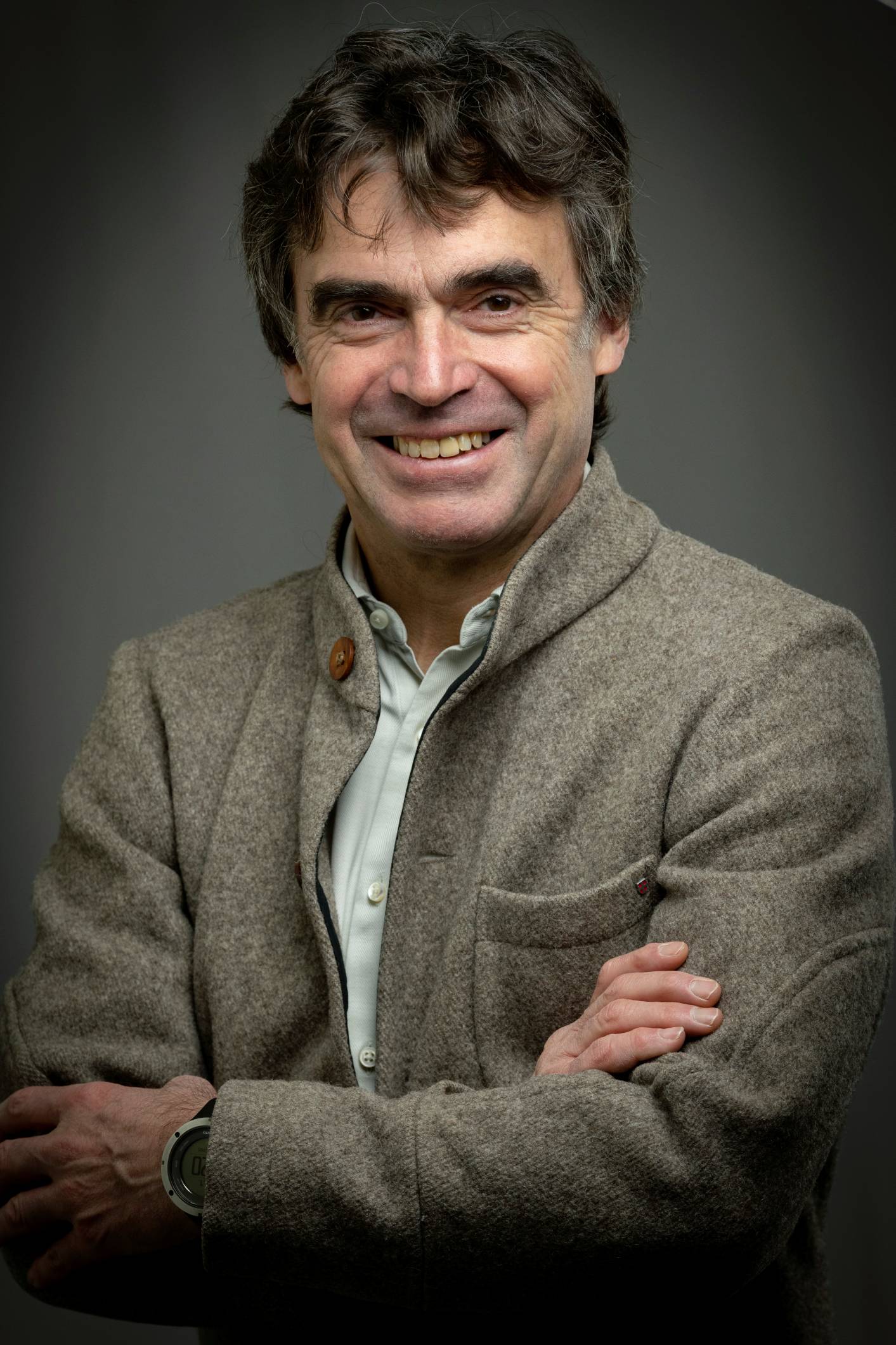 Eric Fournier has been the Mayor of Chamonix since 2008. He is also the President of the Chamonix-Mont-Blanc Valley Community of Communes and the Auvergne-Rhône-Alpes Region’s Special Councillor for Air, Climate and Energy. He chats to us about the legacy of Chamonix 1924, the centenary celebrations planned for 2024 and the Chamonix valley’s energy transition.

The conquest of Mont Blanc by Balmat and Paccard

Laure Decomble tells us about Chamonix’s sporting history, which dates back to the 18th century and the first recorded ascent of Mont Blanc in 1786 by Chamonix residents Michel-Gabriel Paccard, a doctor, and Jacques Balmat, a farmer who is considered to be the first mountain guide. The ascent led to an influx of tourists and mountaineers into Chamonix.

With the arrival of Chamonix’s first railway line in 1901, the resort began attracting a new clientele – wealthy, international tourists.

Decomble notes that winter sports rose to prominence in the area in the late 19th/early 20th century with skiing, ice hockey and luge. Hotels began organising winter sports events from 1907. This meant that, by 1924, Chamonix already had more than 15 years’ experience in staging winter sports competitions. 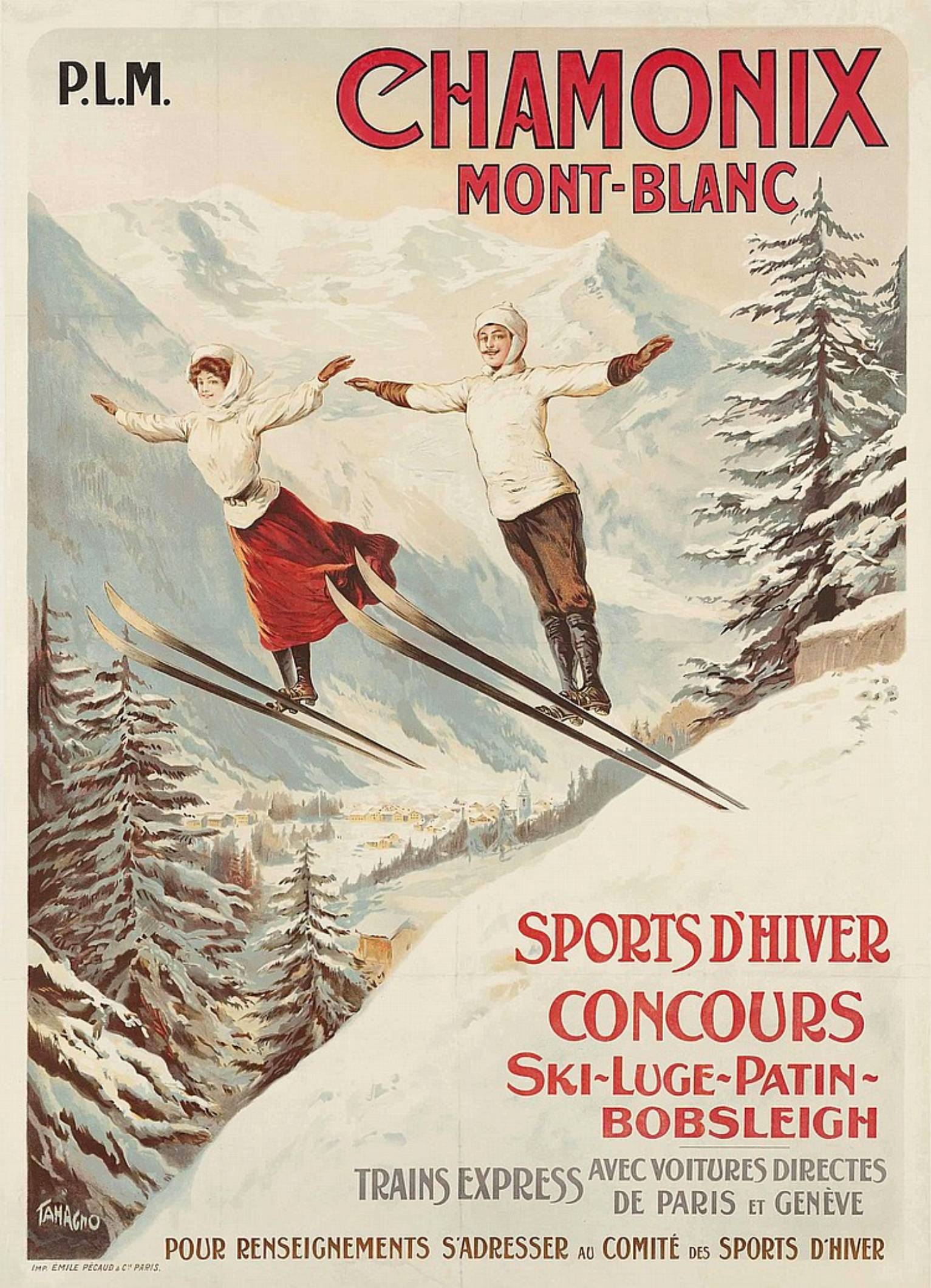 Strong links between mountaineering and Olympism

Decomble mentions Maurice Herzog, who embodied the links between Chamonix and Olympism. Herzog, a French mountaineer, was one of the first people to climb a peak over 8,000m – Annapurna, in 1950. He was also the Mayor of Chamonix and an IOC Member, and he received the Olympic Order in 1997.

Decomble also tells us about the Compagnie des guides de Chamonix association, which celebrated its 200th anniversary this year. And she cites the names of some of the guides who went on to become great Olympians: James Couttet, a silver and bronze medallist at St Moritz 1948; Charles Bozon, a bronze medallist in the slalom at Squaw Valley 1960; and more recently Karin Ruby, a snowboard gold medallist at Nagano 1998 and silver medallist at Salt Lake City 2002.

Decomble talks us through the huge challenge that staging the International Winter Sports Week in 1924 represented for Chamonix. The event would retroactively – in 1926 – be designated as the first Olympic Winter Games.

Work on the facilities began in 1923. The ice rink, at 36,000m2, was the most impressive venue; it has since been replaced by other sports facilities. 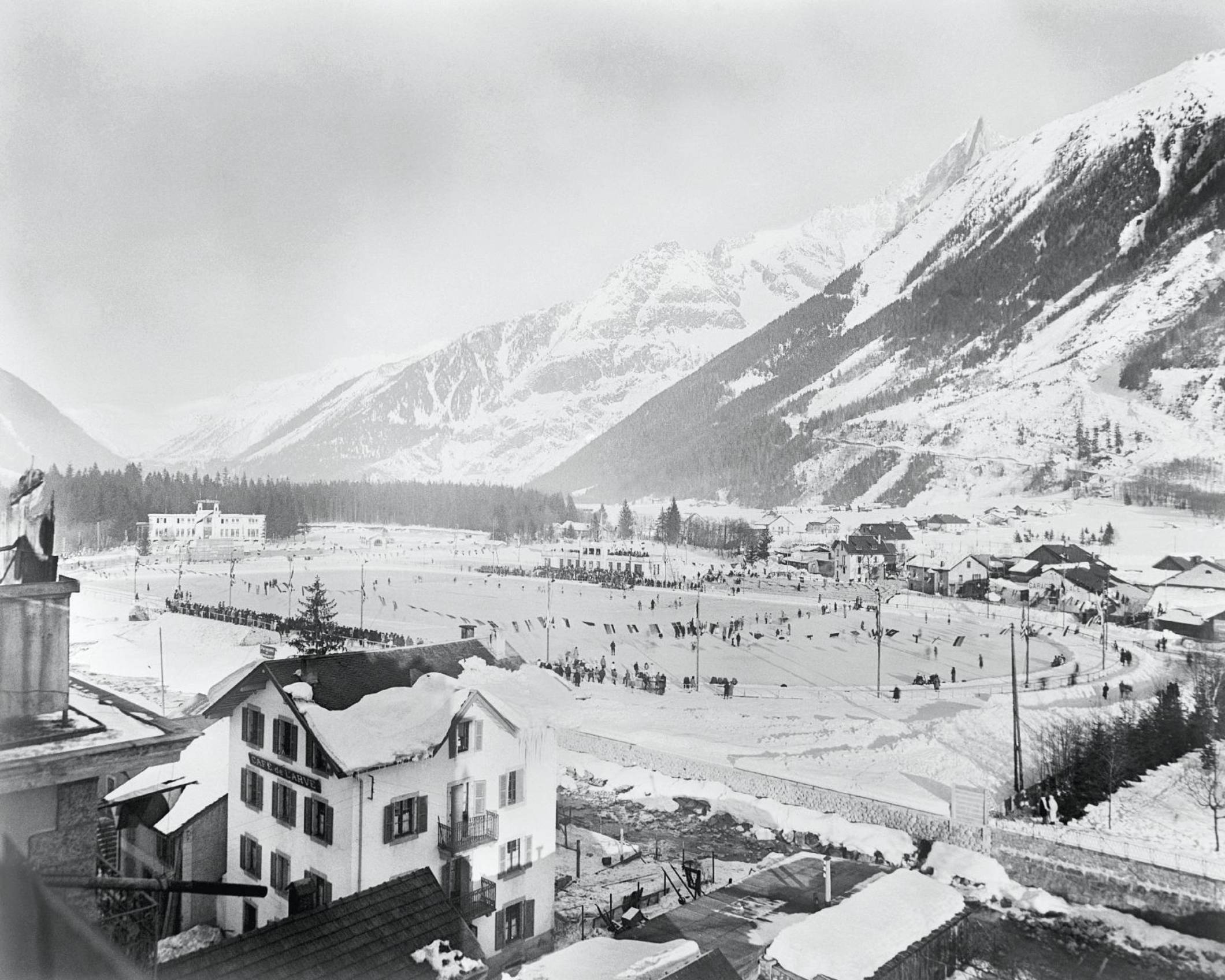 A ski jump was built at the foot of the Bossons glacier. It has since been redeveloped and is still in use today for training and competitions. 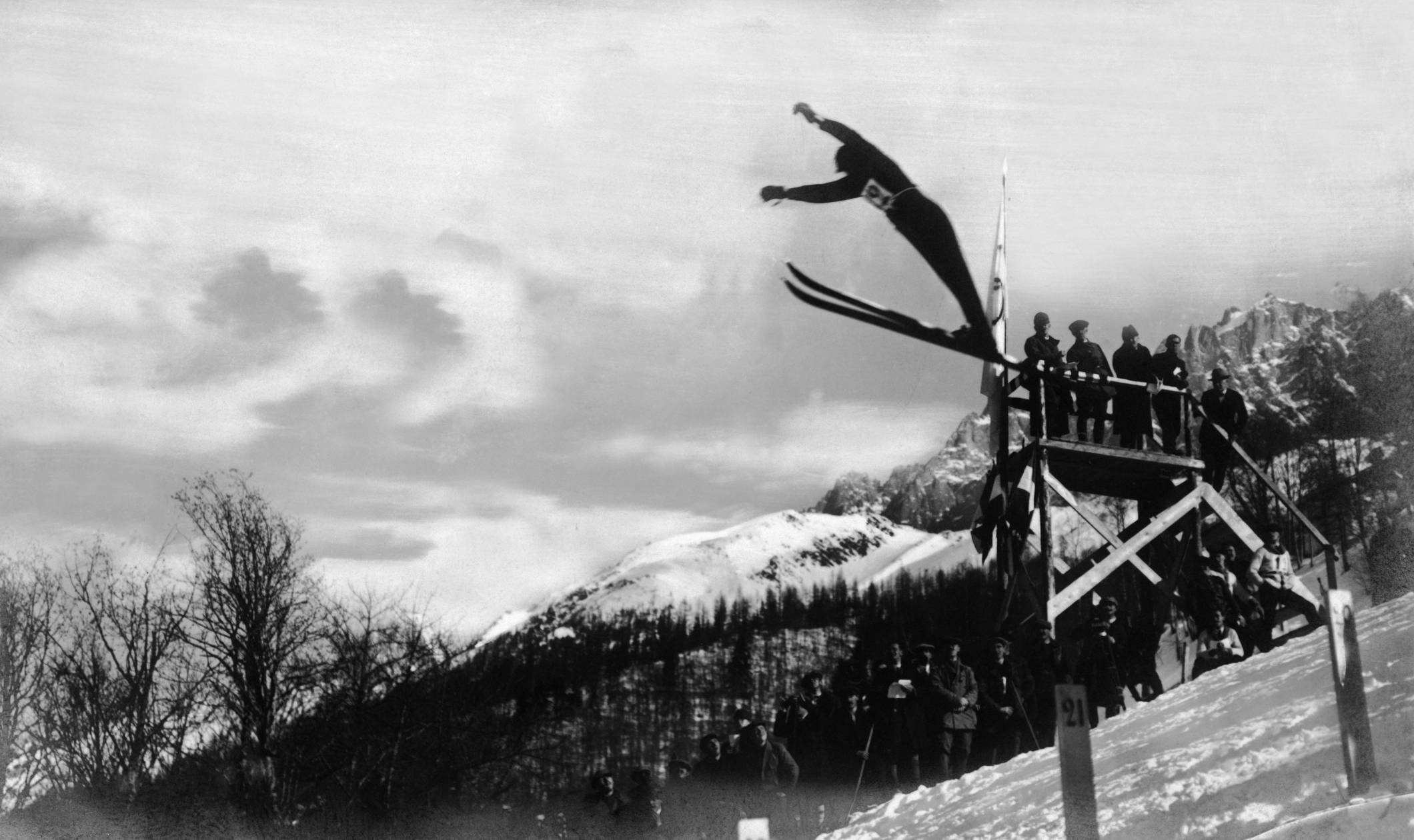 The bobsleigh track was the most complex sports construction project at the time, with 19 curves built from natural stone. It was located below the first cable car on the Aiguille du Midi. The track was closed in 1950 for safety reasons, but parts of it can still be seen today. Certain sections are due to be redeveloped for visitors, to mark the Chamonix 1924 centenary in 2024. 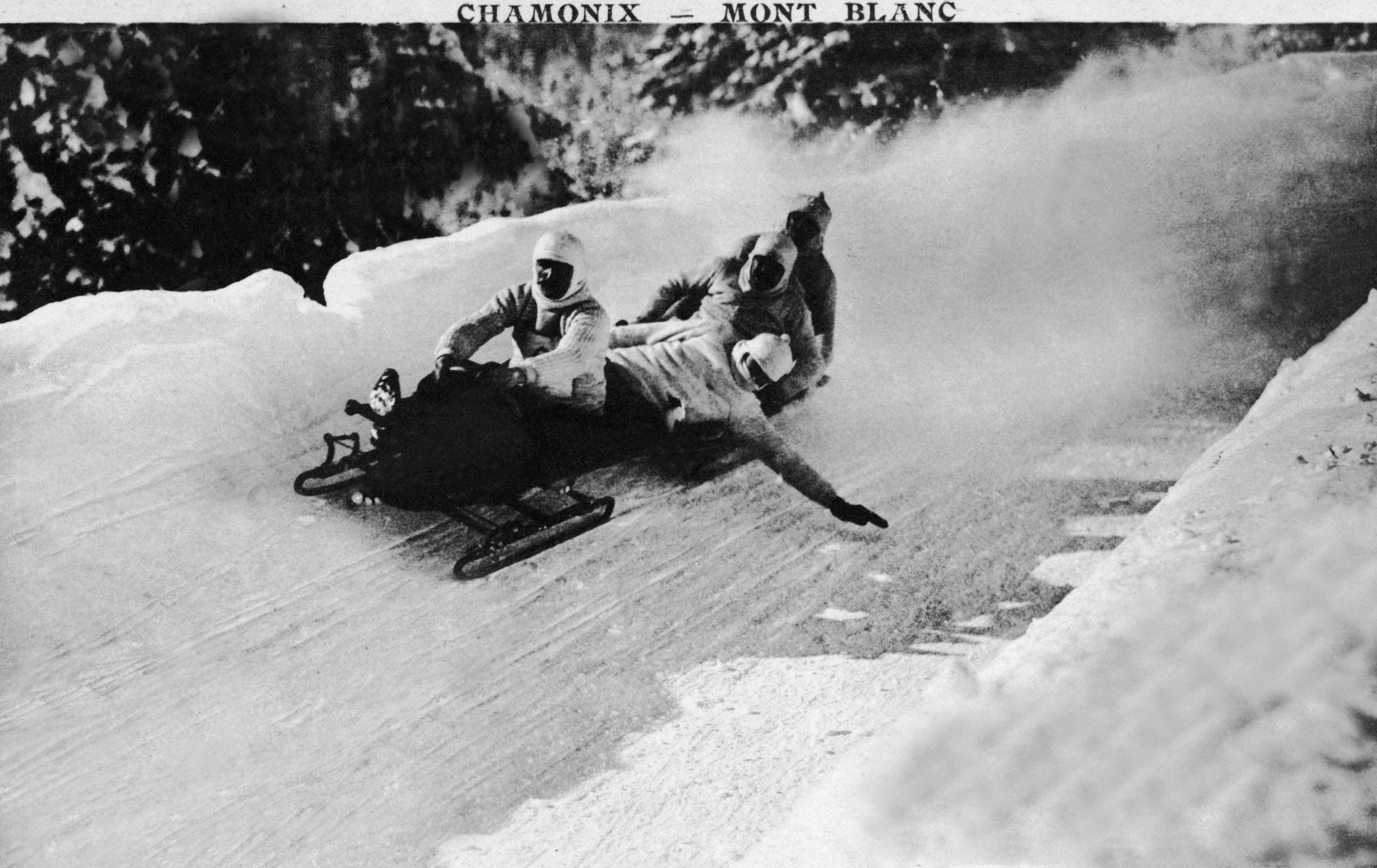 Chamonix, past and present

Mayor Eric Fournier recalls that, with the advent of skiing in the late 20th century and the presence of trailblazers like Michel Payot, who founded the Alpine Sports Club in 1905, the Chamonix area has always been open to innovation.

Fournier talks about the Chamonix 1924 Winter Games and the major sports competitions that paved the way for the testing of new outdoor disciplines. Today, Chamonix, with its receptive population, has become a real testing ground for sport, with people coming in from elsewhere and introducing new disciplines.

Tangible and intangible legacy of the 1924 Games

When it comes to tangible legacy, Fournier notes that Chamonix intends to make optimum use of three of its Olympic venues – the ski jump, the bobsleigh track and the ice rink site – by restoring them with a modern approach and innovations, particularly in the case of the ski jump. There is another exciting project in the pipeline regarding ice sports and climbing.

Fournier also addresses aspects of the intangible legacy – a third of the commune’s population, for example, are members of the Chamonix-Mont-Blanc Sports Club.

Chamonix wants to set an example as a testing ground that continues to host major sports events. Reflecting on the valley’s energy transition, Fournier explains how Chamonix needs to be innovative and find new models for transport and the sustainable, year-round use of facilities.

To mark the Games centenary in 1924, Fournier is looking forward to putting on a range of celebratory events that will bring the local population and local athletes together.

Join us for our next episode, on sustainability, with Ann Duffy, the Chief Sustainability Officer for Vancouver 2010.