Pop culture in the spotlight

On the occasion of the Tokyo 2020 Games, sports manga is taking centre stage at The Olympic Museum.

The Sport X Manga exhibition is for anyone who is interested in Japan and its history and society, regardless of whether they are manga fans or not. Since the Second World War, manga has developed a constant dialogue between sports and Japanese society, and became an intrinsic part of the country’s reconstruction. It is this relationship, from 1945 until today, that the exhibition sets out to recount. 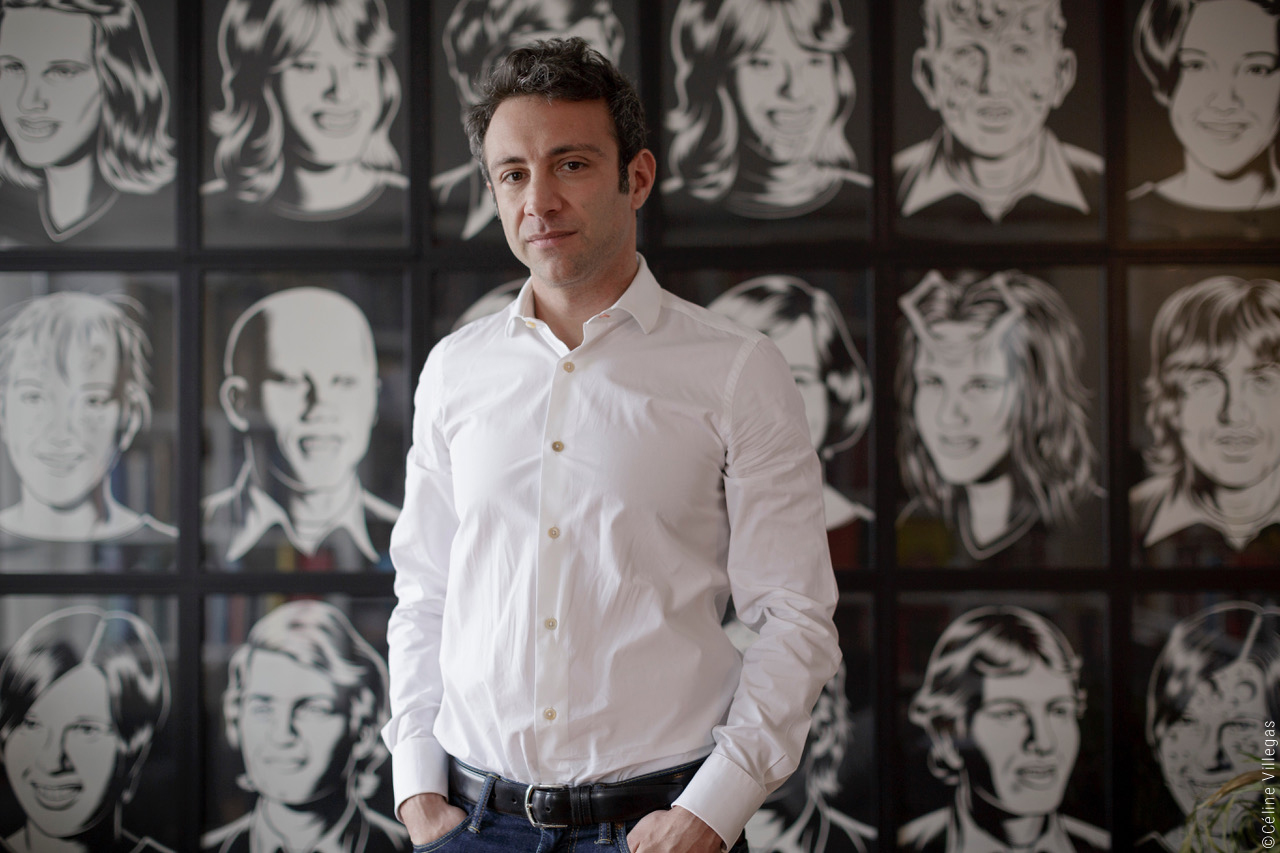 The exhibition is clustered around the Olympic and Paralympic mascots for Tokyo 2020. Perfect examples of the “kawaii” world, Miraitowa and Someity bear witness to the relationship between manga and Japanese society.

Nine modules in the form of 3D manga boxes present nine major sports manga titles that illustrate how Japanese society has evolved from 1945 to today.

On screen the “Japan X Manga” film relates, through archive images and manga extracts, the history of post-war Japan and the development of sports manga.

For manga fans and those wanting to learn more, three interactive terminals offer the chance to explore around 100 sports manga titles to find out more about their characters, their authors and the relationship between Japanese society and sport.

And a series of interactive options offer the chance for you to get involved:
• Recreate one of Captain Tsubasa’s special moves, the Drive Shot
• Discover the expressions of the characters drawn by Tezuka Osamu
• Listen to vocalisations of onomatopoeia
• Sit back comfortably among the cushions and read some of the most well-known sports manga
• Have your photo taken in the kakimoji booths
• Draw something or write a comment as you leave the exhibition 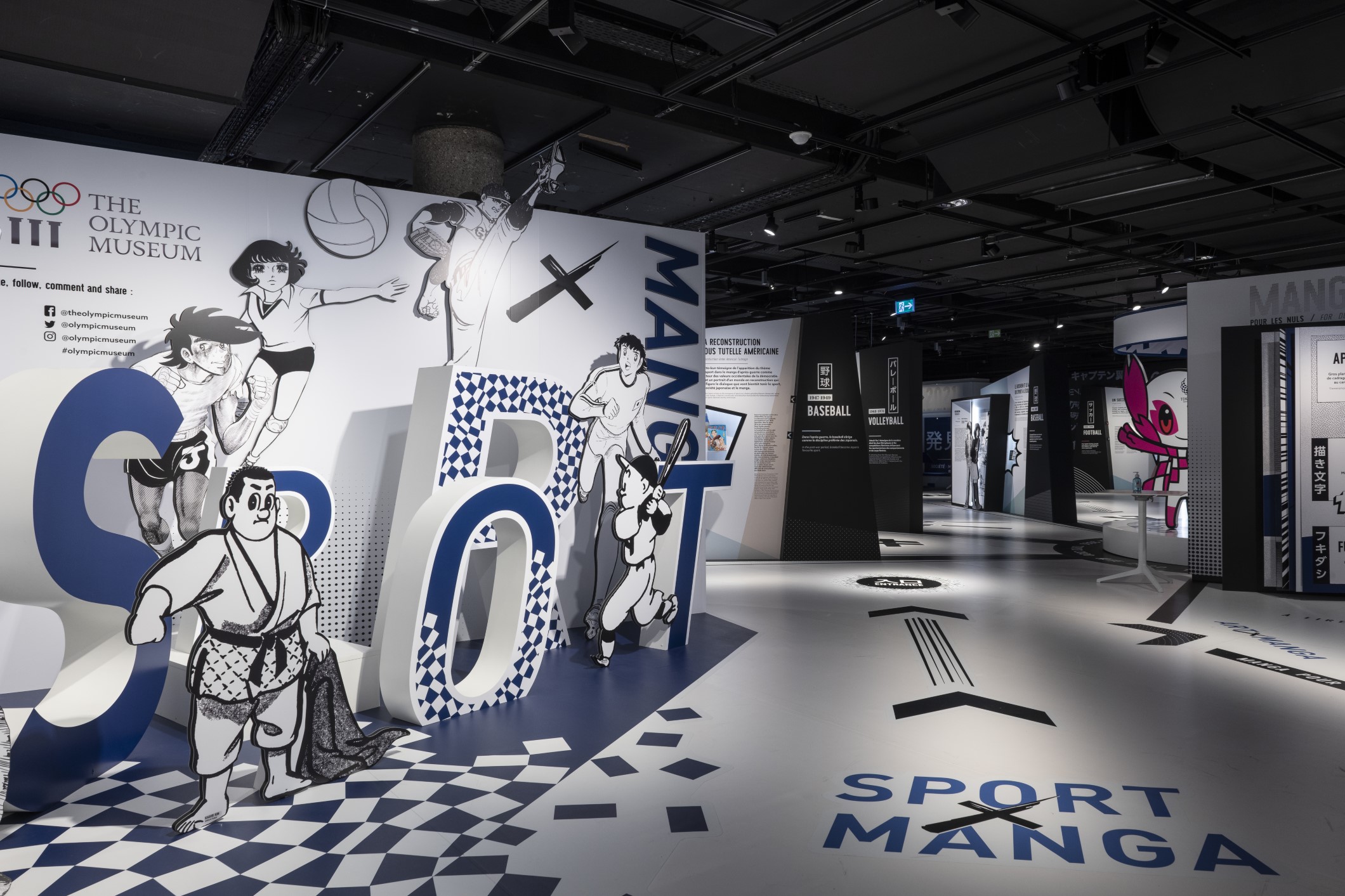 
The origins of manga

The origins of manga can be traced back to emakimono, an illustrated narration system of metre-long painted handscrolls read horizontally from right to left.

The term manga itself comes from artist Hokusai Katsushika, creator of “The Great Wave off Kanagawa”. Hokusai first used the term manga in 1814 as the title of a series of spontaneous sketches. The term can be translated as “impromptu pictures”.

With his New Treasure Island published in 1946, Tezuka Osamu revolutionised the genre by inventing a visual-language grammar at the junction of literature and cinema. Modern manga was born!

In the first few years after the war, sports manga began appearing in the press specialising in baseball. Batto-Kun by Inoue Kazuo, first published in 1947, was one of the first sports manga titles.

Telling the story of the every-day life of a boy who plays in a baseball team, Batto-Kun was intended to introduce children to what was a new sport, and it helped to increase the popularity of this typically American sport in Japan.

The return of judo

Thanks to manga, judo regained popularity among Japan’s young people after the war, after the sport had been censured as it was associated with warlike values. But in the 1950s, with the manga Igaguri Kun, judo made a comeback among children, in a more positive and sport-like form.

Igaguri Kun tells the story of a pupil whose excellent fighting technique makes him a star in his club. The manga also features the themes of friendship, family and growing up, which explains its success among young readers.

The question of how women are represented in cartoons and in Japanese society first arose in 1964, when the Japanese women’s volleyball team won gold at the Olympic Games in Tokyo, and the men’s defeat in judo proved a difficult pill to swallow. Numerous manga titles on women’s volleyball were created, such as Attack No. 1, against the backdrop of the women’s team victory in 1964.

This happened again in the mid-1980s, when renowned mangaka Urasawa Naoki created Yawara. This manga tells the story of a schoolgirl whose grandfather teaches her judo, with a view to her winning gold at the 1992 Olympic Games in Barcelona.

With this storyline, Urasawa was foreshadowing the inclusion of women’s judo on the programme of the Games in Barcelona and the silver medal won by Japanese judokate Tamura Ryoko.

The spectators promptly linked her to the manga character and gave her the nickname of Yawara-chan!

Manga and the Olympic Games

Miraitowa and Someity, the two Tokyo 2020 mascots, are a perfect mixture of Japanese tradition and pop culture. The indigo blue chequerboard design (ichimatsu moyo) of Miraitowa represents the elegance and refinement of Japanese tradition, and Someity’s pink colour is inspired by Japanese cherry blossom (sakura). Their design is characteristic of the “kawaii” style, which in Japanese means cute, adorable or attractive. The basis of this had already appeared in the 1940s, with Tezuka Osamu and his large-eyed characters. This would become the typical style of Japan’s pop culture. Miraitowa and Someity are a perfect example of kawaii, where tradition combines with modernity, and whose obvious references to manga characters create a coherent whole to symbolise Japan’s welcome to the Tokyo 2020 Games.

In this original feature, visitors will find an interactive frieze on the history of sports manga, with over 100 titles!

Also check out:
Kyojin no Hoshi by Kajiwara Ikki/Kawasaki Noboru, Attack No. 1 by Urano Chikako, Ashita no Joe by Takamori Asao/Chiba Tetsuya, Touch by Adachi Mitsuru, Captain Tsubasa by Yoichi Takahashi and Slam Dunk by Inoue Takehiko,
famous manga that have played a major role in Japanese society and influenced the practice of sport in Japan.

A big thank-you to Stéphane Beaujean for his valuable collaboration and his fascinating guided tour!

Come and visit this free exhibition, from now until 21 November 2021 at The Olympic Museum.

PTo find out more, go to: “Celebrate Tokyo 2020 at the Olympic Museum! “, an Olympic context and a manga atmosphere.

An artistic performance on Ma