Sustainability at the Vancouver 2010 Games

Vancouver 2010 is remembered for its sporting feats, passionate crowds and intense competitions.

It was also a Games edition that completely changed the way the Olympics, and other sporting mega events, address sustainability, by revolutionising the links between sport, environmental protection, education and social inclusion. Today, more than 10 years on, the sustainable legacy of Vancouver 2010 is still very much alive.

In the second podcast of season two of A la Croisée des Jeux, Olympic Lead Museum Project Manager Meghan spoke to Ann Duffy, the Head of Sustainability at Vancouver 2010, about the incredible sustainability work that she and her team achieved at the Winter Games in Canada. 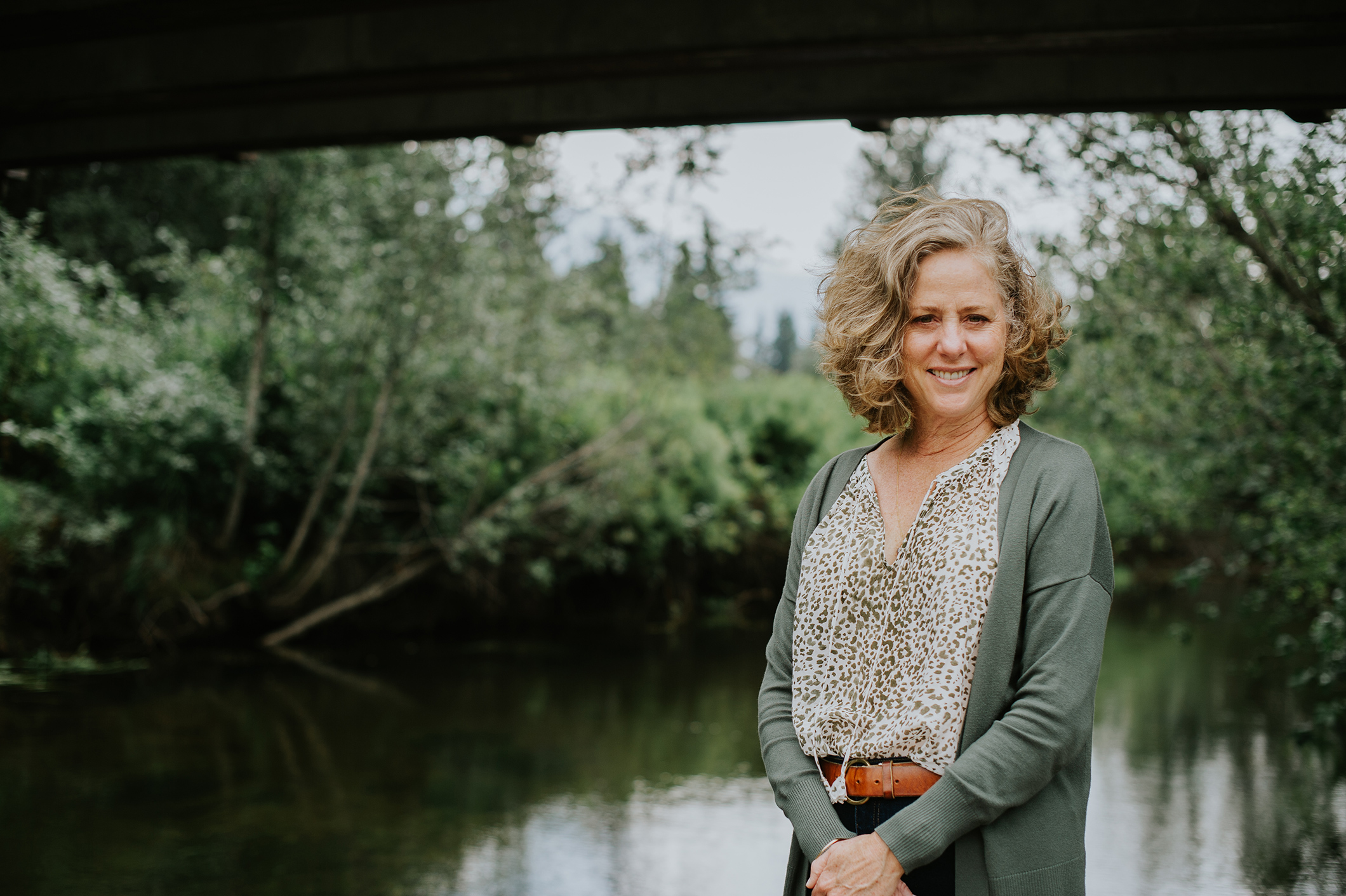 Ann Duffy is the President of the Ann Duffy Group, an international sustainability consultancy firm. She worked as Head of Sustainability at Vancouver 2010, and has since advised the organisers of the Olympic and Paralympic Games and the FIFA World Cup on sustainable development matters. More recently, she was part of the successful joint bid by Canada, Mexico and the USA to host the FIFA 2026 men’s World Cup.

Ann Duffy describes what her role as Head of Sustainability at the Vancouver 2010 Organising Committee entailed. She was responsible for achieving a range of qualitative and quantitative goals, covering areas such as low carbon emissions, social inclusion and the participation of indigenous groups.

She did all of this with great enthusiasm – an attitude that was taken up by all the staff, contractors and volunteers involved in the Games.

Duffy likes to say that, during the candidature phase, there were at least 1,000 conversations with government regulators, First Nation groups, sports organisations, environmental organisations and non-profit organisations. There was also an overarching aim to meet the needs of the most vulnerable groups, and people with physical disabilities (Paralympic Games). 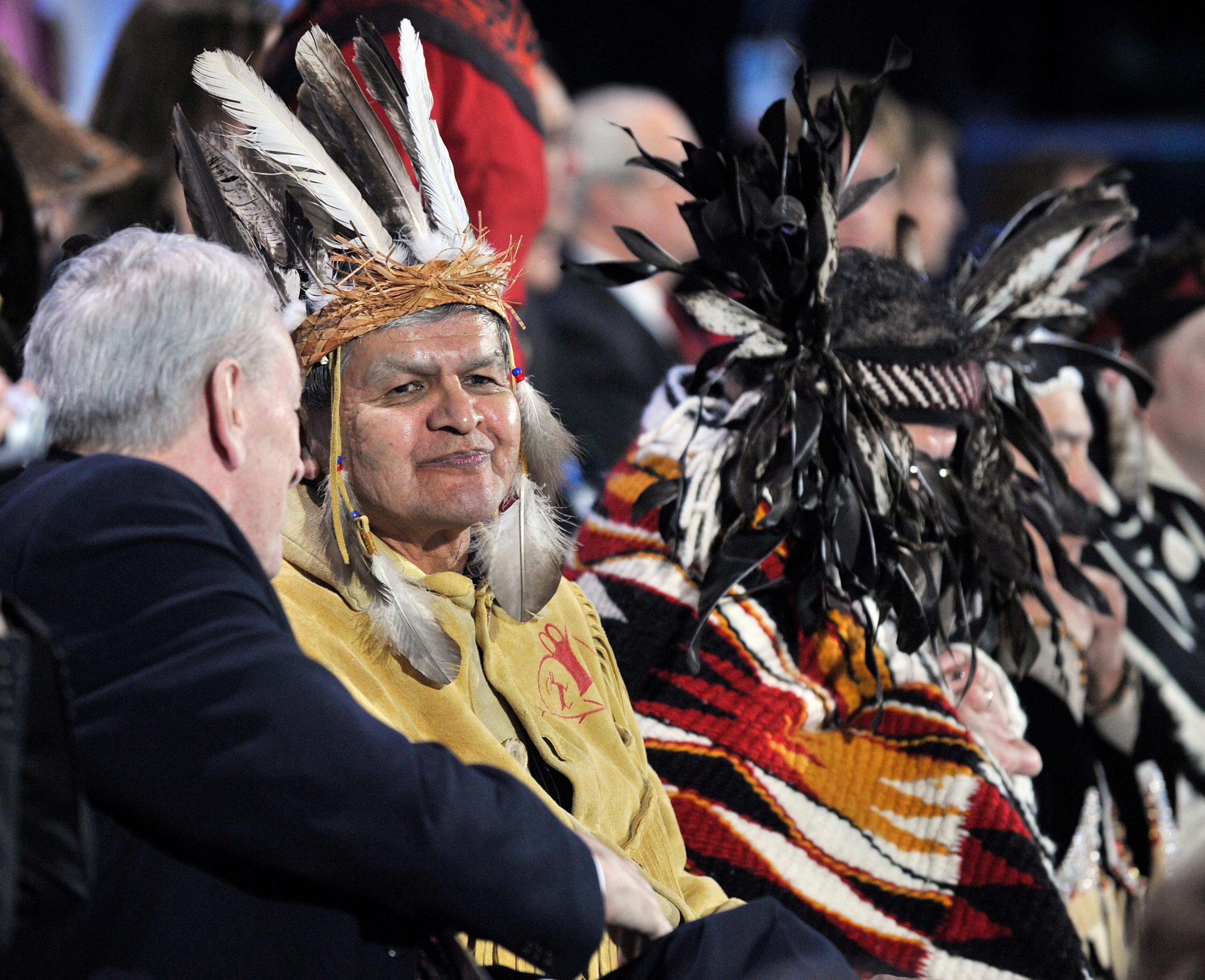 The Richmond Olympic Oval, says Duffy, is a perfect illustration of the holistic sustainability approach. In line with the Canadian green building standard for energy efficiency and environmental protection, the venue included a water-capture system, designed to collect water from the roof and surrounding landscape and irrigate the plants around the complex.

The Oval also met universal accessibility design standards. Today, it is used as a training centre for the Canadian national rowing, ice hockey, rugby and basketball teams. It has also become a community centre and a popular meeting place, playing a crucial community role in the city of Richmond.

Duffy stresses that the Organising Committee couldn’t do everything alone; it needed to work in partnership with local community groups. The objective was also to create economic opportunities at local and regional level. She cites the example of the carpentry training programme, which saw the recruitment of indigenous people and immigrants. All products and services were ethically sourced and complied with local environmental laws. 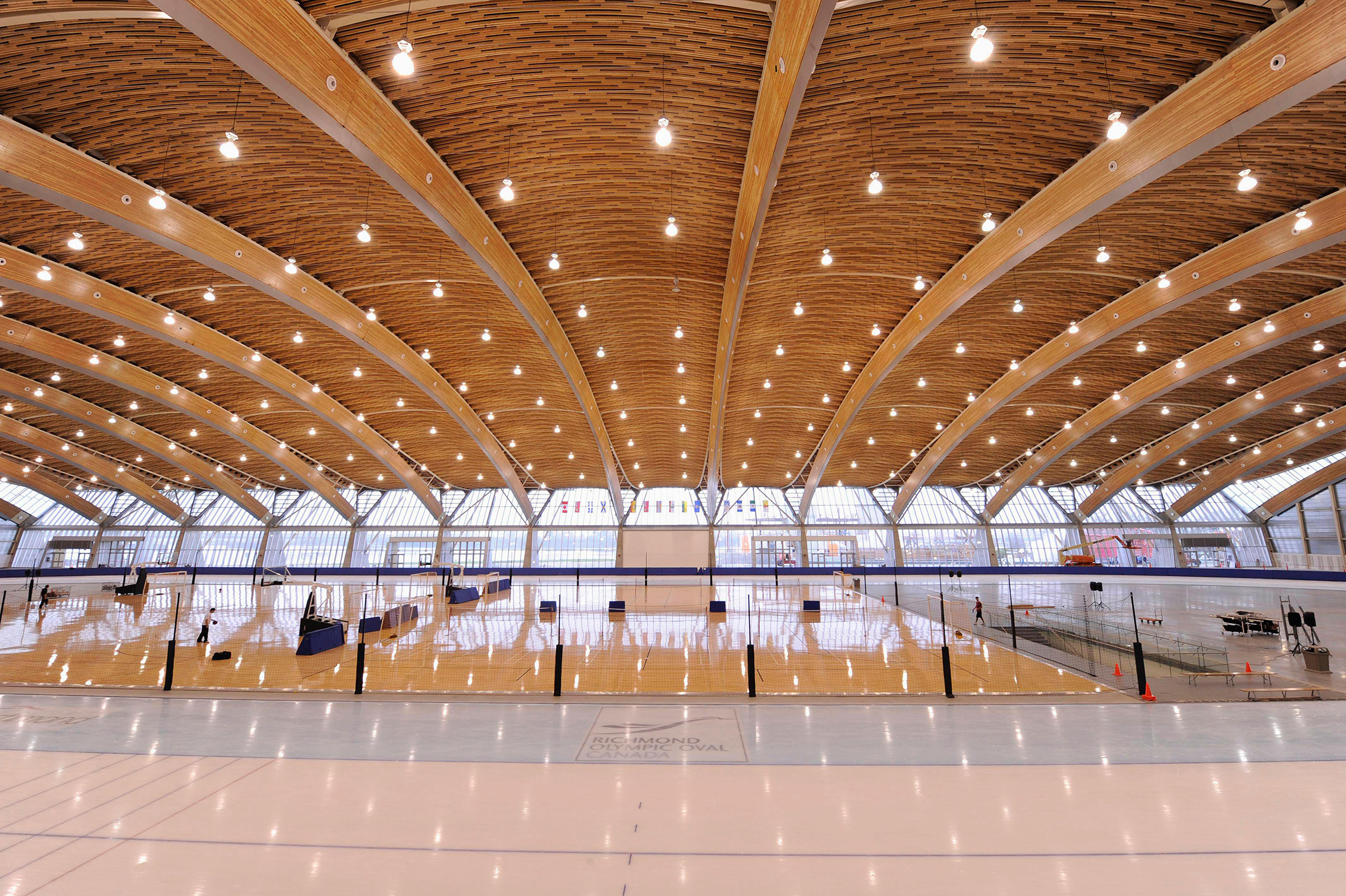 Inside the Richmond Olympic Oval © 2009 / Kishimoto/IOC

Before Duffy even joined the team, a number of commitments had already been made in the candidature phase, notably the legacy agreements with the “Four Host First Nations”, within whose traditional territories Games venues such as Whistler Olympic Park would be situated. This involved collaboration between an established construction company and a local First Nations construction company.

All the procurement and material-purchasing decisions were taken for optimal environmental, social and economic impact, in line with the Buy Smart guidelines, which were adopted in 2015 for the Toronto Pan-American Games.

Duffy also highlights that extraordinary new partnerships were set up with national and international sponsors, as part of a sustainability and promotion programme designed to foster a new way of working – one that would leave a sustainable legacy. A new standard was issued as a result of this work, thanks to a partnership with the Canadian Standards Association.

Transfer of knowledge after Vancouver 2010

Duffy recalls that the IOC had a solid transfer-of-knowledge programme in place throughout the Games lifecycle. During the candidature phase, the candidate cities could meet the IOC and other Organising Committees to learn about the most important aspects of this initial phase. Such meetings would then continue throughout the Organising Committee’s seven-year lifecycle.

Annual meetings, plus other workshops, were held with the Sustainable Development teams from London 2012, Sochi 2014 and Rio 2016 to share information, experiences and advice. Duffy joined the IOC’s Sustainability and Legacy Commission and supported the creation of Olympic Agenda 2020, a series of commitments covering, among other things, future candidatures and the staging of future Games. 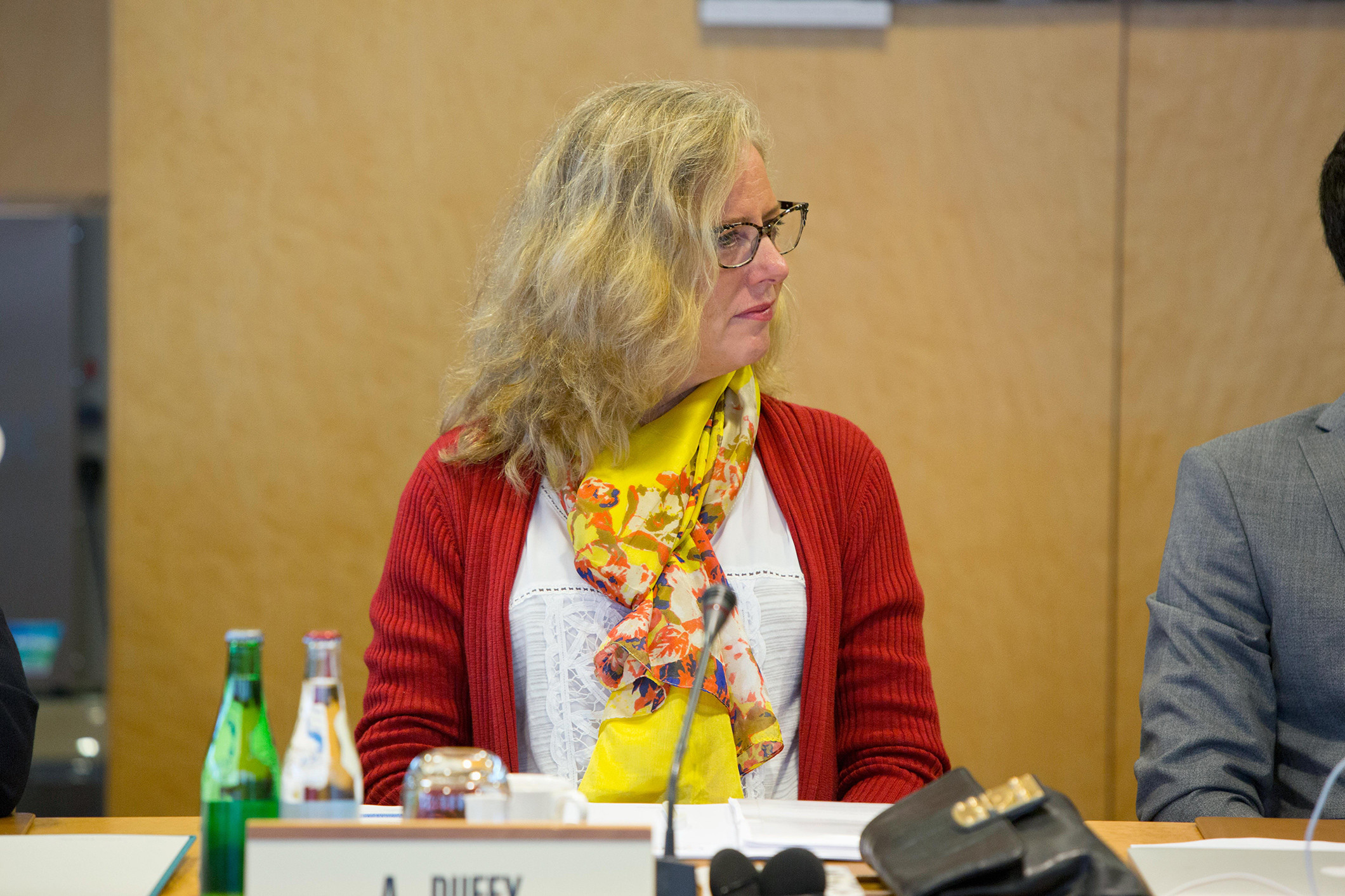 Challenges and opportunities for the future

Duffy doesn’t shy away from the fact that the world is facing a genuine existential crisis due to climate change, and that all sectors, including the sports sector, must be accountable. She says that we need to reduce emissions by 50 per cent by 2030 and reach net zero by 2050. This means that Games organisers need to identify what energy sources should be used to stage the event, and do everything possible to find solutions to reduce their carbon footprint.

The sports industry has an extraordinary cultural platform that can reach all sorts of audiences, including brands, fans and athletes. Duffy believes that the focus on carbon footprints, and the work that has been planned and carried out to reduce them – which is now a core aspect of staging the Games – is a strong step in the right direction. She feels honoured to have been part of an Organising Committee that put forward and implemented a sustainability and legacy methodology – something that has grown from strength to strength since 2010.

Join us for our next episode, on the history of Winter Games host cities and the challenges they now face, with Jean-Loup Chappelet, Honorary Professor at the University of Lausanne/IDHEAP.